For discussing anything to do with Lotus 7, Lotus 7 Replicas & Clubmans

Forum rules
User's Projects / Build Ups Forum Rules
This section of where you guys can show off the progress you make as your build comes together of your clubman, give details of any modification progress, share pictures etc. There are just a few rules that need to be followed for this forum to stay nice, clean and easy to use:

1. ONE thread per project please. You all have access to edit your own posts, so do that. You may post as many times as you feel like it within your allocated thread.
2. Only the person who owns the thread may post in it. Any others will be deleted. If you want to ask questions, comment or start a discussion, start a thread in the Project Discussion section or use the private message function.
3. You may not use your thread for anything else apart from showing off your car and it's build process, use the other forums for this.
4. Thread titles must be include your user name and a little about the project please.

Important : As this was a exsisting forum moved to its new home all exsisting build diarys will carry on as they are but by the new rules

I have taken over the build of Clank's ZZR1400 turbo clubbie.. he's done great work but seems to have lost motivation ( and he wanted a Porsche...)!! 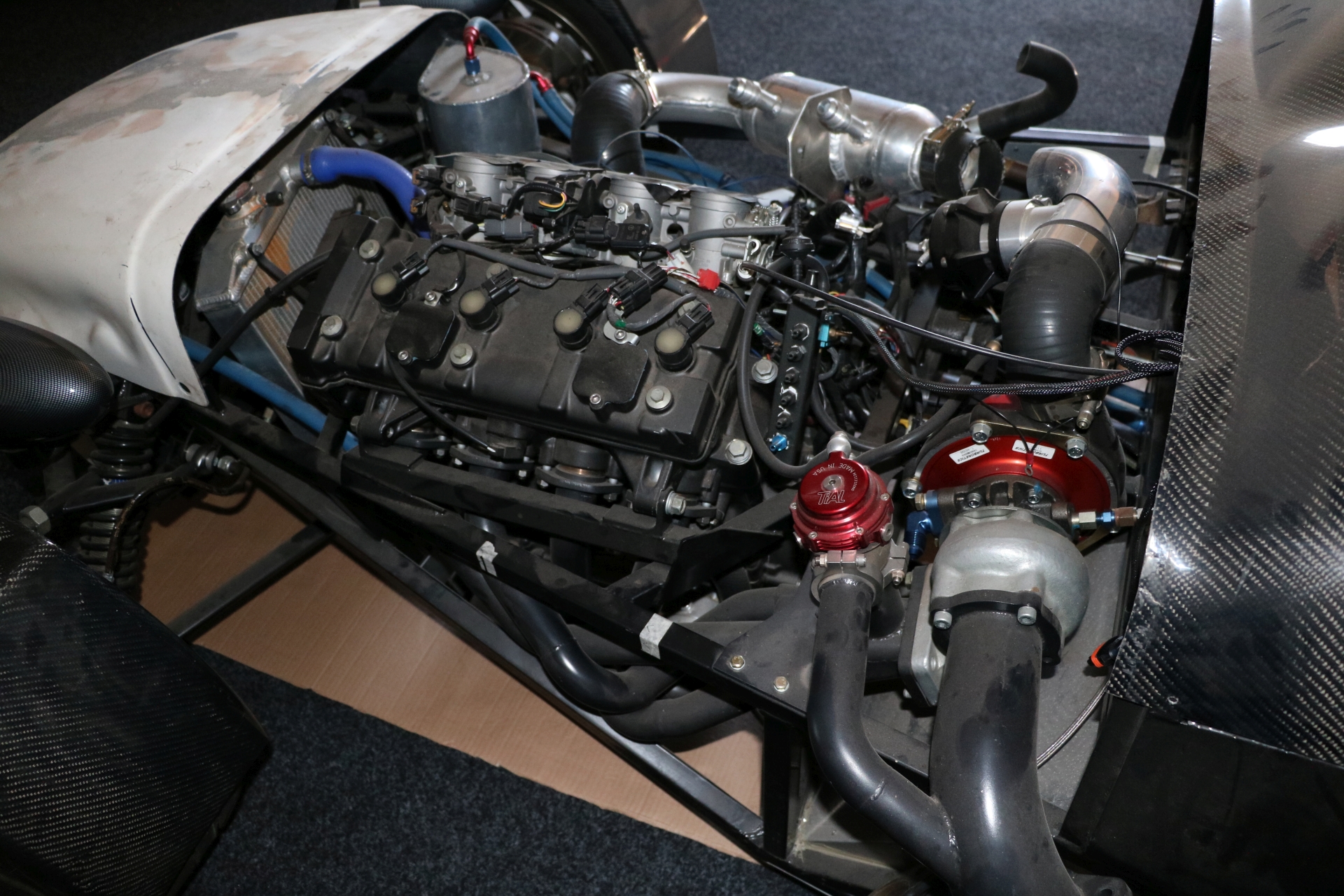 Keen to see how this progresses. Any updates?
Top

Slow going due to other commitments, but have sorted the water to air intercooler pump and radiator and added an oil cooler to the front end. Hopefully some better progress over winter.
7ish
Top

Simple just own both...that was my solution. Looking forward to seeing the car I am at MMS for two weeks.
Bruce
2017 McGregor MACHsr7
http://kitcarnz.com/
Top

Starting again on the wiring... bike loom was too long and looked untidy.. 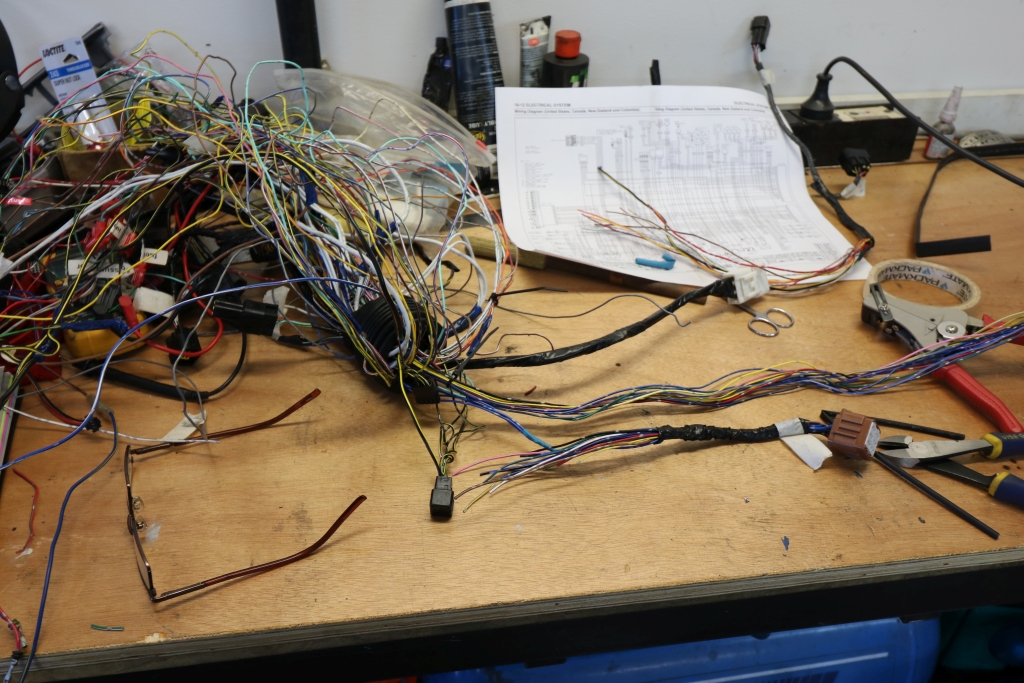 A CBS wiring module from Bruce to tidy up the boring bits: 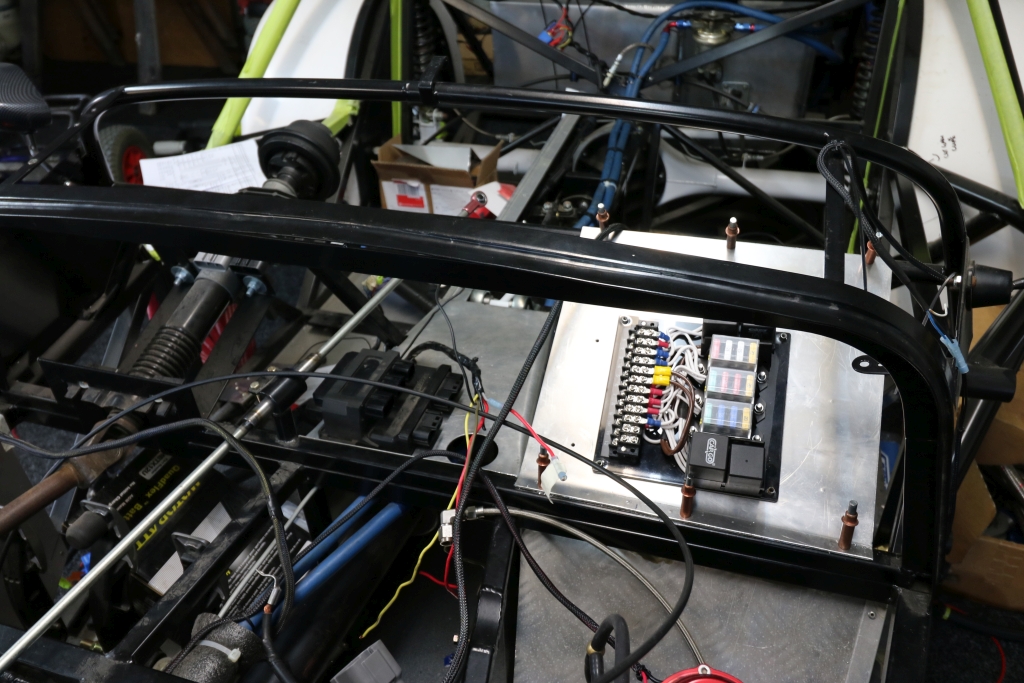 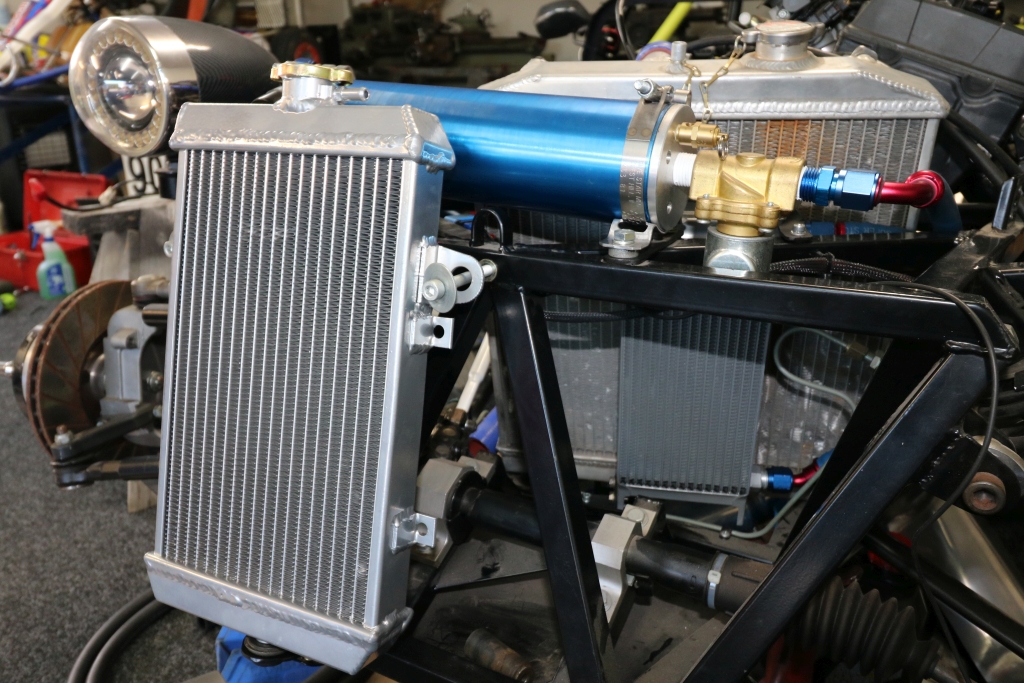 Attacked the wiring... about half done now 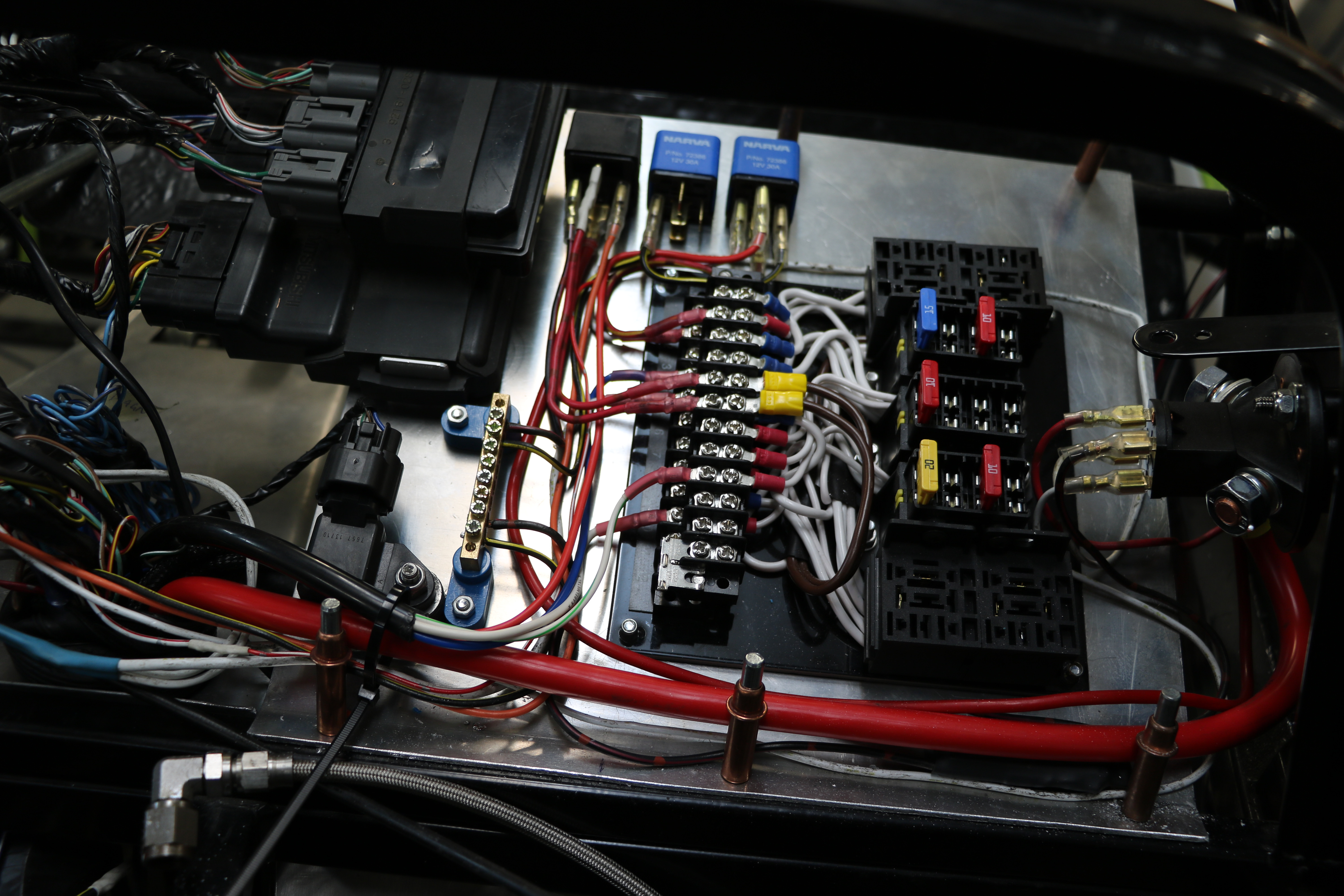 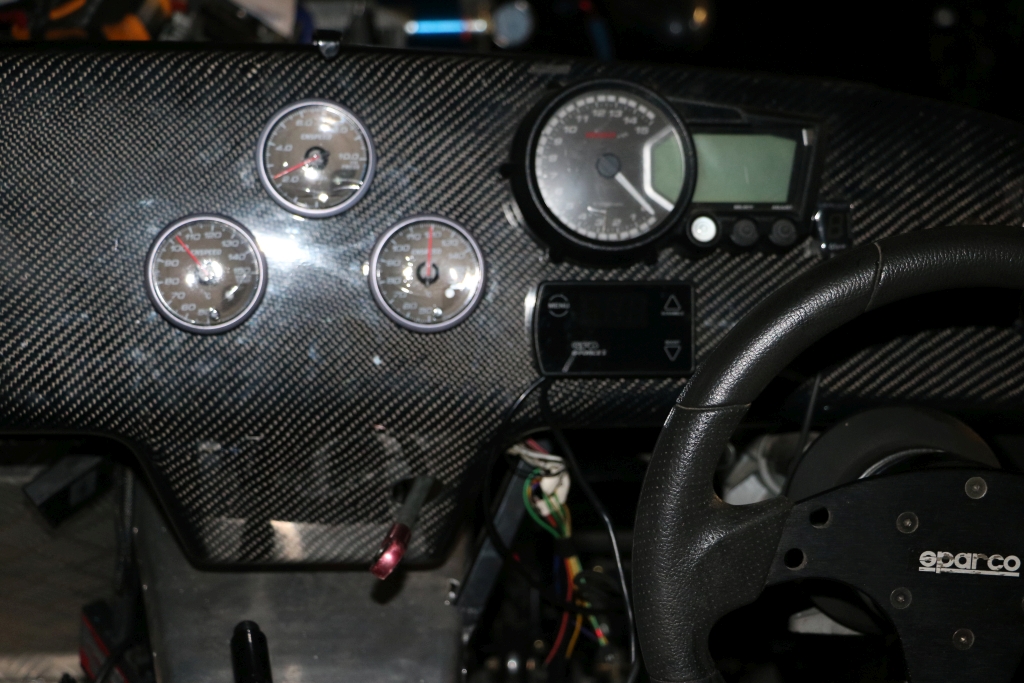 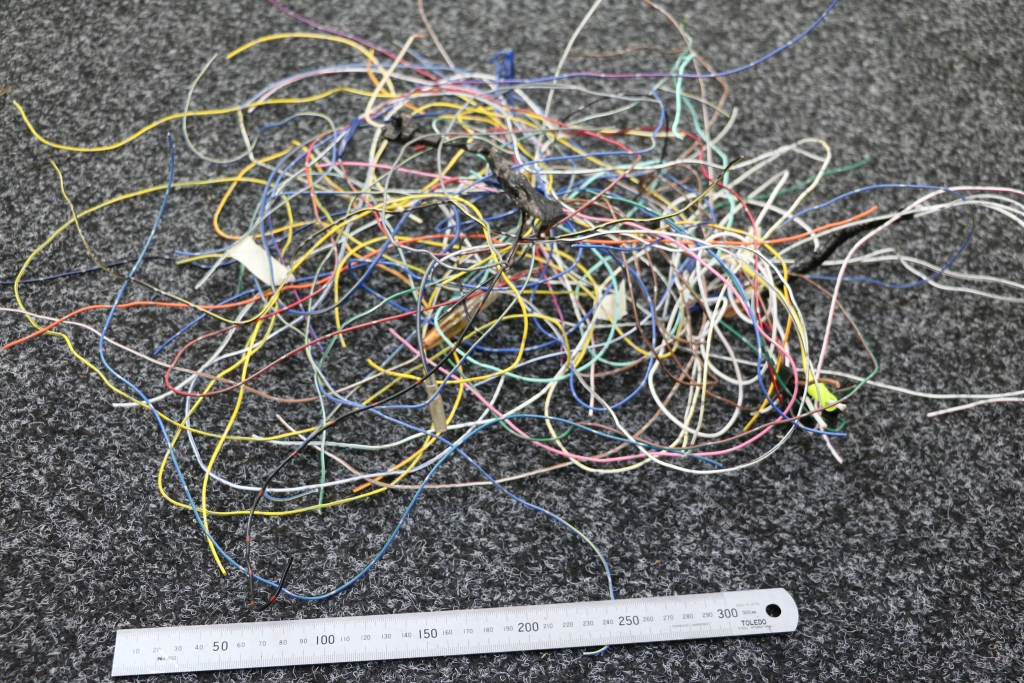 Some progress made finally on the new new project... Gave up on the original ecu system... Clank was planning on using the stock ecu with a piggyback power commander, a piggyback ignition controller and a separate boost controller. After some consideration, I decided that would be way too hard to tune, so biffed the lot and wired in a Link monsoon ecu. Also added the necessary bits to run E85 race fuel as it will be kinder on the engine under boost. Flex fuel sensor, 1000cc injectors, bigger fuel pump. 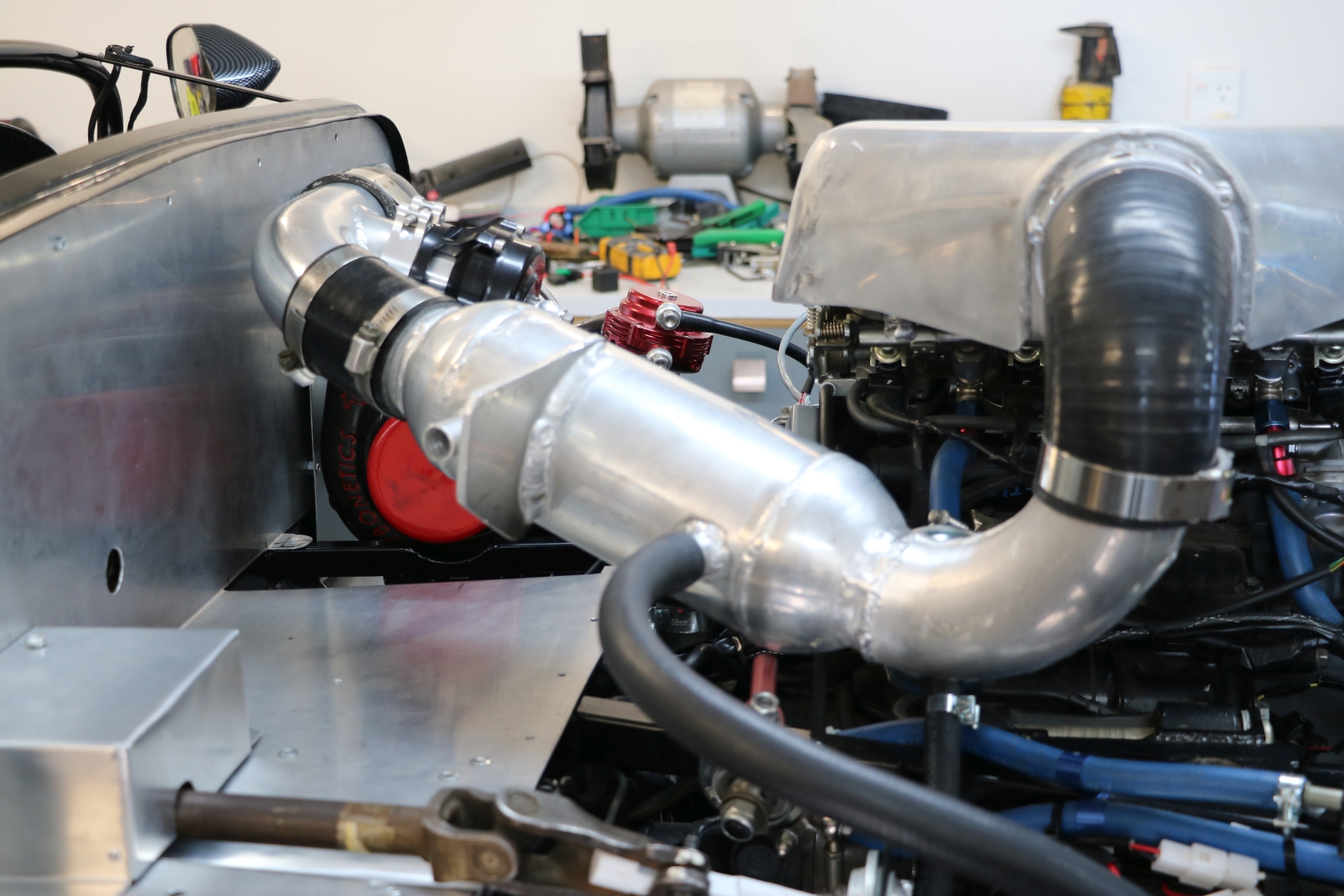 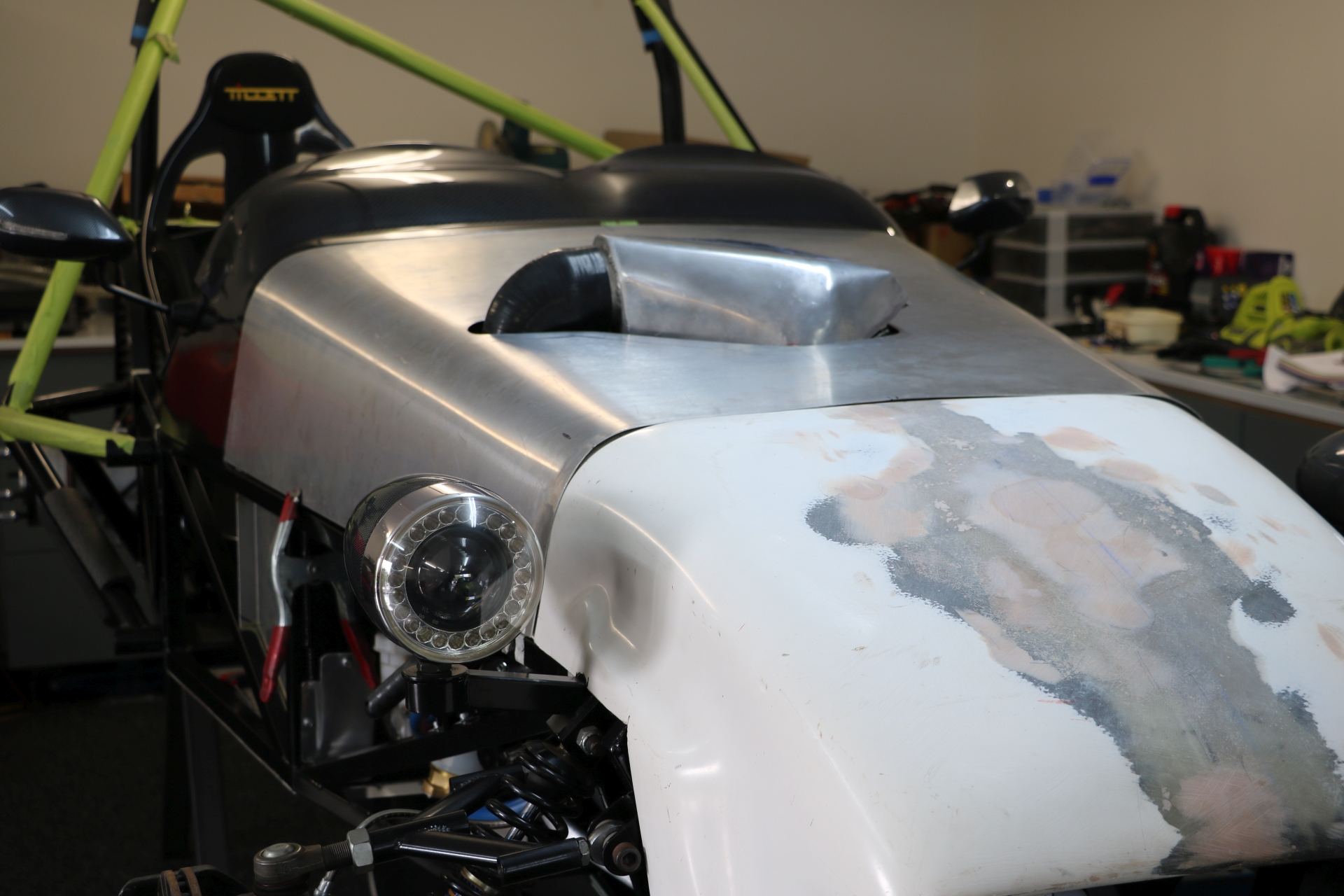 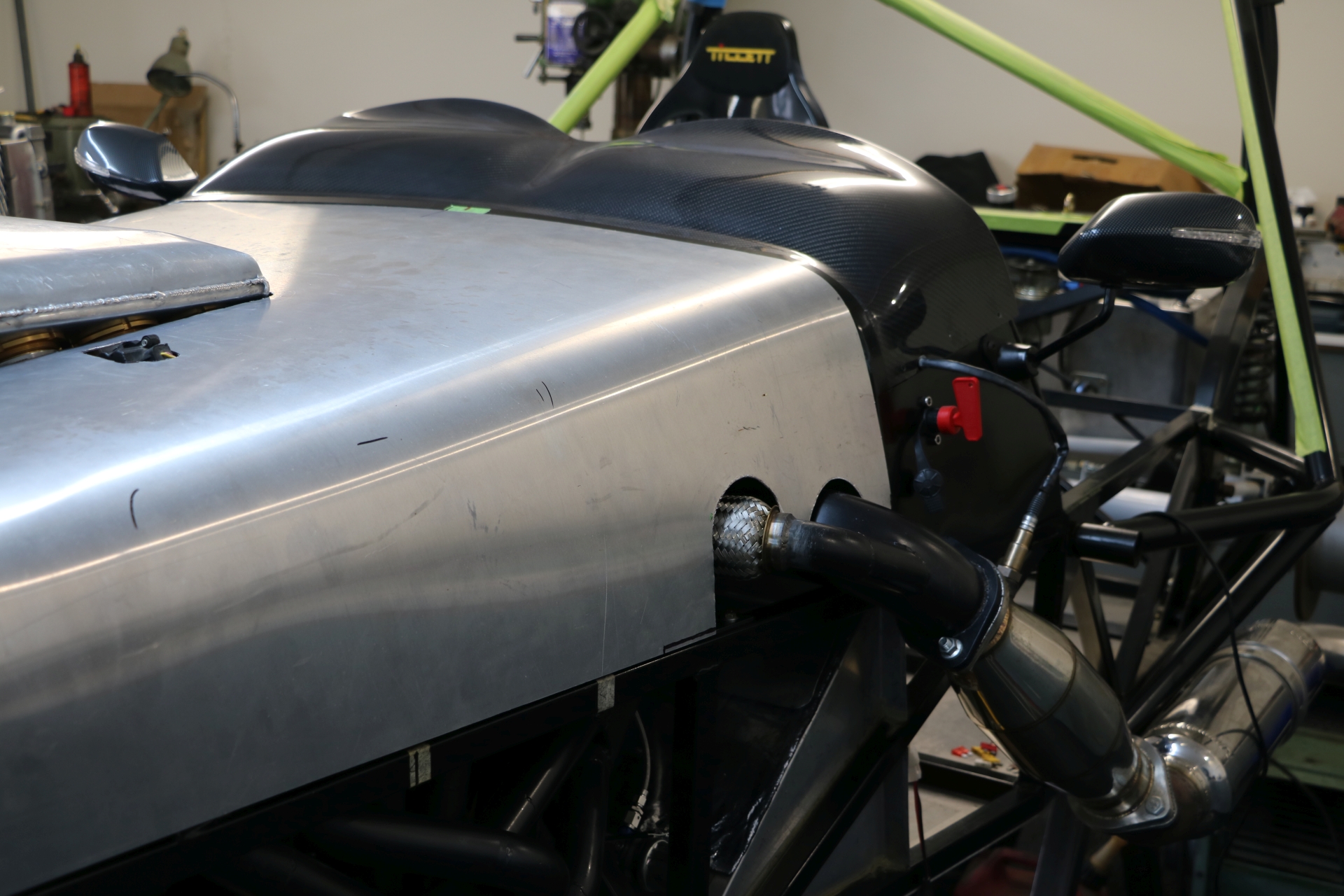 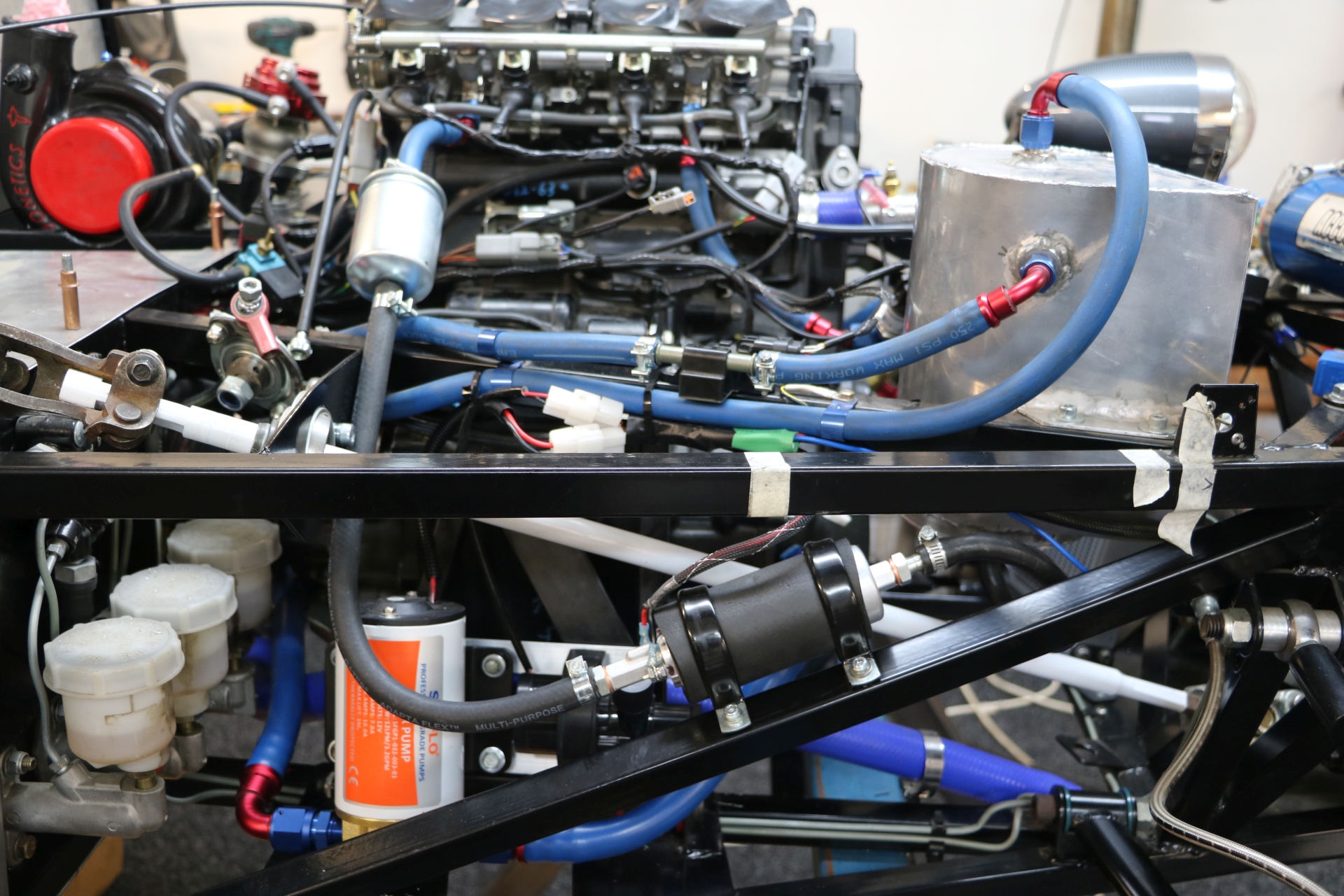 As the turbo is quite low mounted, I needed a scavenge pump to return the oil to the sump. Unfortunately the one I bought only lasted about 15 minutes. New (better) one on order from Italy.

The motor starts and runs, will be down to the dyno as soon as everyone is back to work.

The car has a design approval and has had two build inspections from Don Hoff, who has now retired. I have no paperwork for his inspections, so hoping either the guy he sold his business to has some copies, or is willing to let me continue towards cert.
7ish
Top

EVAN...looking great and nice to see that the wiring is being well sorted. Seems I am locked in Japan and my car is so close to being finished and not sure when I can make it back to Christchurch to finally have it on the road. I am sure you will be on the track well before me...roll on 2021!
Bruce
2017 McGregor MACHsr7
http://kitcarnz.com/
Top

Some progress. Had issues with the G4+ ecu ... didn't like the high compression, low inertia motor so was giving trigger errors on start. Link stepped in and gave me one of their new G4X ecu's... works perfectly.
Off to the dyno 5th of June. 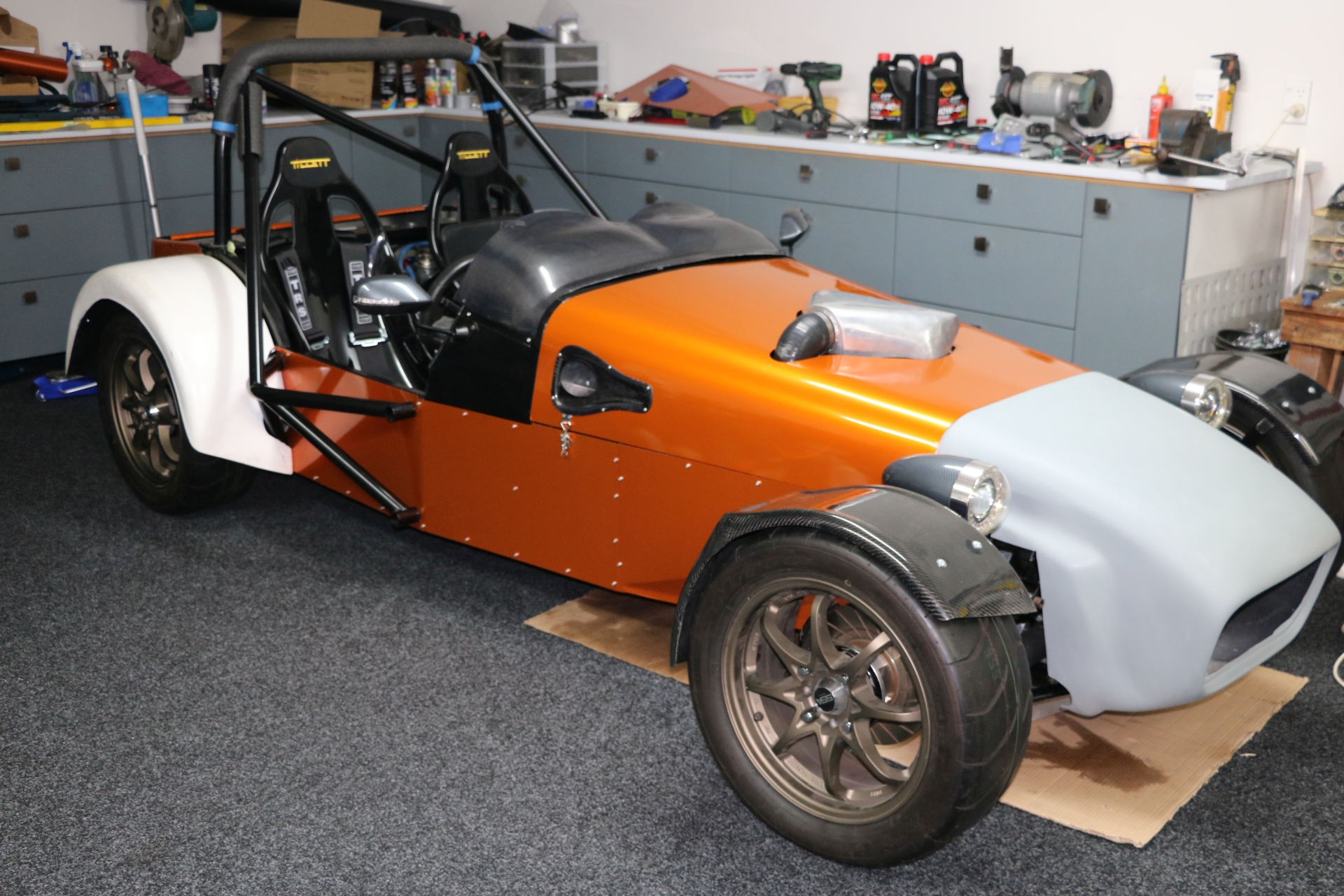